According to the data of one of the Anonymous groups (it was confirmed by an independent data from the government of Kherson region) water supply to Crimea was cut off by Russia, not Ukraine, with a purpose to invade Kherson region and turn Crimean residents against Ukraine.

According to this data Krasnoperekopsk in Crimea is supplied with water, but in Dzhankoi, which is a little further, water pumps are not operating. Water only fills the first 200 kilometers of channel, half of them is in Kherson region. Out of total 300 kms of water channel that is in Crimea, only the first part (about 100 km) is filled with water. In other words, the whole 400 km long Northern Crimean channel is operating at half capacity – only in the parts were water flows freely, without pumps. 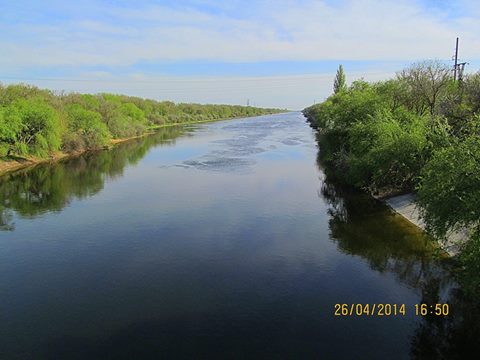 Channel is full of water near Krasnoperekopsk

Krasnoperekopsk is a small town in Crimea, very close to the continental part of Ukraine. Over there water comes from Armyansk, and in turn Armyansk gets it from Kakhov reservoir. According to the data, obtained from Crimea, water is supplied to Krasnoperekopsk, but not further. 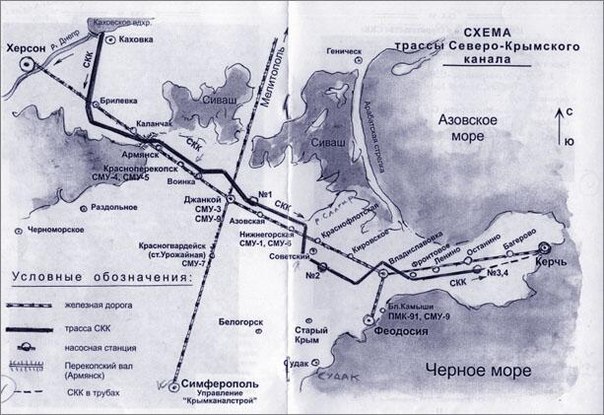 Water supply is stopped in Dzhankoi, but not in Ukraine

According to the data from Anonymous source, Dzhankoi water pump, located about 60 kms from Krasnoperekopsk, (in the schematics marked as pumping station No. 1) is not operating – regions below it are not supplied with water.

Representative of Kherson region administration Yury Odarchenko states that water flow to the channel started on 19th of March, but the people who occupied Crimea ordered the workers of Dzhankoi pumping station away. Due to this the channel not only stopped operating, but also completely dried up. Even if the Crimean government would try to restore the water supply today, the channel would not be fully operational until the beginning of summer.