Original article was written by Lidžita, Lithuanian blogger and hereby translated to English by Albina Griniūtė.

War at our doorstep, or what we are calling for

At the beginning of the war in Ukraine, a friend of mine and me were talking about how most Europeans have no idea what it is and how real it is. And not just in Ukraine. In Lithuania. In Germany. Throughout the whole of Europe.

The succession of events made it clear that even now, more than a year after that dreadful time, the attitude of most people is still the same.

The last event that made it clear most Europeans do not realize they are standing on a doorstep of WWIII was the popular Eurovision song contest where the Russian entry won an honorable second place.

Russia found a way how to use it to justify its aggression and encourage its citizens to believe that to slaughter a brotherly nation is normal and even praiseworthy.

“Congratulations to Polina Gagarina for her undisputed success and to Russia for the successful Europe-wide referendum where it was demonstrated which place, according to ordinary citizens of European countries, Russia should hold. In my opinion, both the politicians and the European media should listen to the “Million Voices” (title of P. Gagarina’s song) of their citizens. They are calling for normal relations with Russia”, wrote Konstantin Kosachev on his Facebook page.

So, what was “just a song” for an ordinary German, an ordinary Russian understood as a message saying “we are supported by the whole of Europe”. Is it still necessary to explain what message was transmitted by „Million voices“ and what message Russia received back? 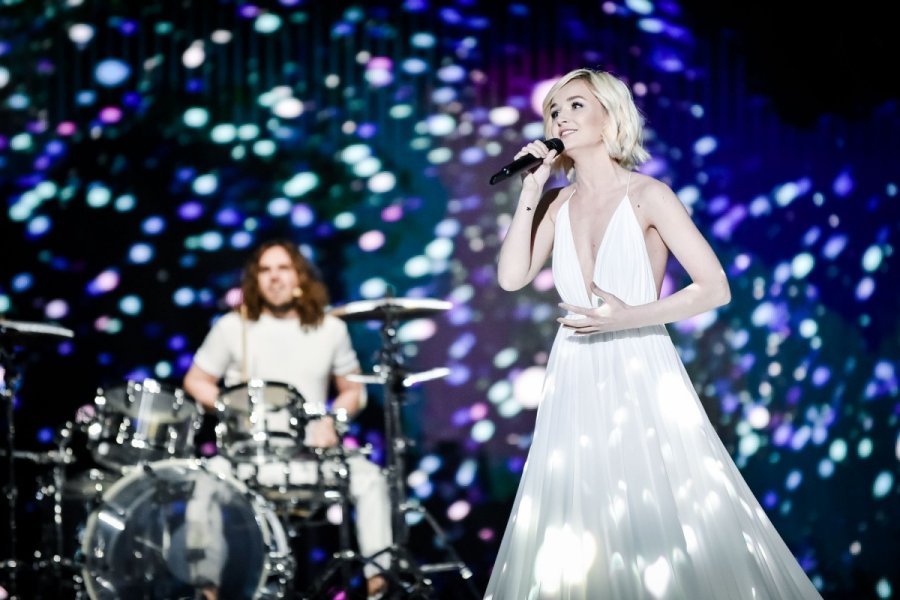 I don’t give a damn if she sings well because only a madman can represent a country that occupies another, and shriek “Praying for peace and healing” while wearing a white dress.

Without a doubt, Gagarina was a symbol. A symbol of Russian PR and limitless naïveté. A symbol of aggression represented as peace. Of violence covered in faux tenderness. Of Russia – in the true sense of the word.

A skinny blonde, dressed in snow-white dress resembling a bridal gown, shrieking about peace and rebirth, and at the same time representing a destructive entity.
Seriously, Europe, this is what you voted for? 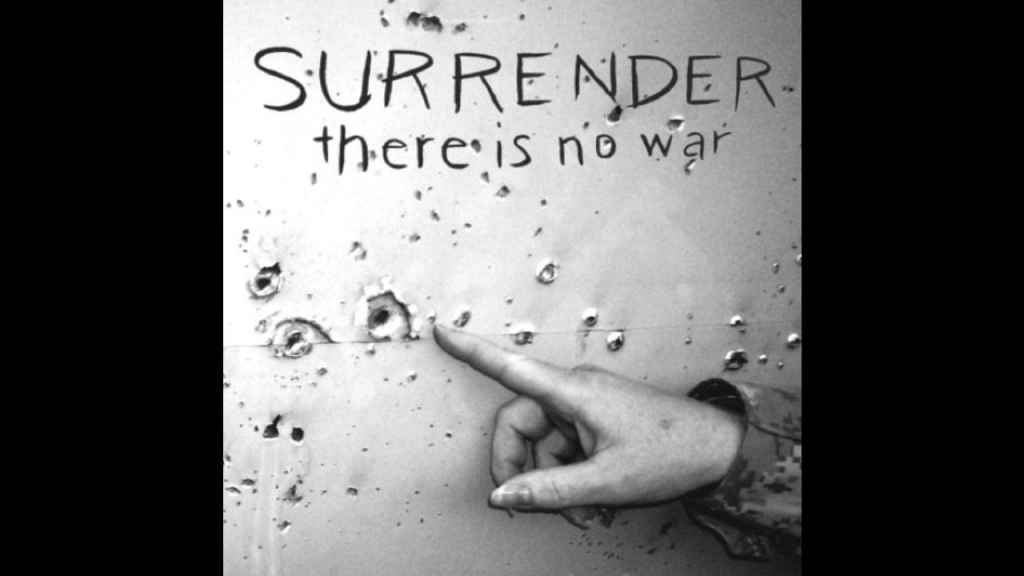 Both the leaders of European countries and the ordinary European citizens will do anything to avoid the necessity to acknowledge the menace of war.

Although Ukraine was not a member of EU or NATO and its standard of living was considerably lower than that of Germany or even Lithuania, back in 2013 most Ukrainians would not have believed that tanks were going to roll over the dead bodies of their loved ones. Especially since Ukraine’s relationship with Russia was better than that of any other European country (except perhaps Belarus). Especially since historically, Russia is “the daughter of Ukraine”.

What Ukrainian would have imagined that in 2014, they will no longer worry about how to increase their income, but how to save their children from Russian tanks?

War is not just two enemy armies fighting in the middle of nowhere. War is crippled children, raped women and slaughtered civilians. That is the essence of war (photo from Iraq).

War robs you of everything including your humanity. After the war, things are never like they used to be – it takes several generations to eradicate or simply to forget its tragic consequences.

However, all the valuable things, including peace, have their price. Most Europeans naively believe that it’s been paid by their grandparents and great-grandparents during WWI and WWII, but the truth is that this valuable thing is extremely fragile and requires continuous work to keep it alive.

Meanwhile, Europeans are cuddling up to the aggressor like new-born kittens and hope to soften its heart with their plaintive meowing. They hope that war will stay somewhere outside their door and they will be able to continue living in their usual routine. Alas, leasing, consumer credits and even human rights will have no significance in the time of war. In the time of war, there are no consumer credits and no human rights. There is only pain, fear, loss, disease and poverty.

The Russians are not afraid of war because they can hardly grasp the true meaning of such terms as “human rights” or “consumer credit”. All that they desire is a brighter tomorrow – even if it takes slaughtering half of Europe to achieve it.

The fear is so enormous that people pretend the danger does not exist.
As a consequence of this, Angela Merkel is shaking Vladimir Putin’s hand and ordinary Germans are cheering the act of Russia bullying Ukraine.

From the historical perspective, this is neither the first nor the second time Europeans are acting this way when confronted with an impending war. They are petting the aggressor, hoping its area of interest would not cross the threshold of their comfortable lives.

And the reality is almost always different.

Today I am sincerely sorry for those who were moved by the shrieking voice of Gagarina more than they were by the deaths of Ukrainians.

However, I’m certain that they will only realize the truth when they see tanks rolling over the bodies of their children. I just doubt they’ll still want to sing „Million voices“.

I would not vote for Gagarina even if she had sung through her bottom or some other anatomically unsuited body part, or if she’d sung it while watching Putting driving a tank over her dead child. Because my sense of morality suggests me that one mustn’t vote for a liar.

Gagarina is but a well-prepared Russian lie – a lie that Europeans, who lack critical thinking, once again fell for. Just like in the case of the Minsk negotiations or all the other absurd actions.

Europeans know human rights and vote “according to their taste” – and this time it was a minion of the Kremlin, who, well aware of the mass killings, agreed to sing a pretty song of peace in the name of such a country. She might even get a state award for it.

I have never been so ashamed to be European.

And I have never realized so clearly that Europeans living in their comfort zones do not recognize war at their doorstep. They are petting the one who brings it, oblivious to the fact that aggressors must not be petted – even if the aggressor looks like a blonde in white dress, singing about peace.

I guarantee you that for those who are suffering in Ukraine right this moment, this song did not bring peace. They probably feel that Europe, which is so humane, spat in their faces and cheered at the the Russian circus.

How many times has this happened already?

It is not the first time when aggressor is worshipped by Europe.

1 thought on War at our doorstep, or what we are calling for