It may seem like a farce, but it’s not. Russian propagandists say that Steve Jobs supports Russian occupation of Crimea. They didn’t get that Steve Jobs, the founder of Apple, died three years ago from pancreatic cancer. But they don’t mind. Despite the fact that Jobs died in 2011, they quote him. They might be on drugs, or they might be talking to ghosts. We can’t really know. 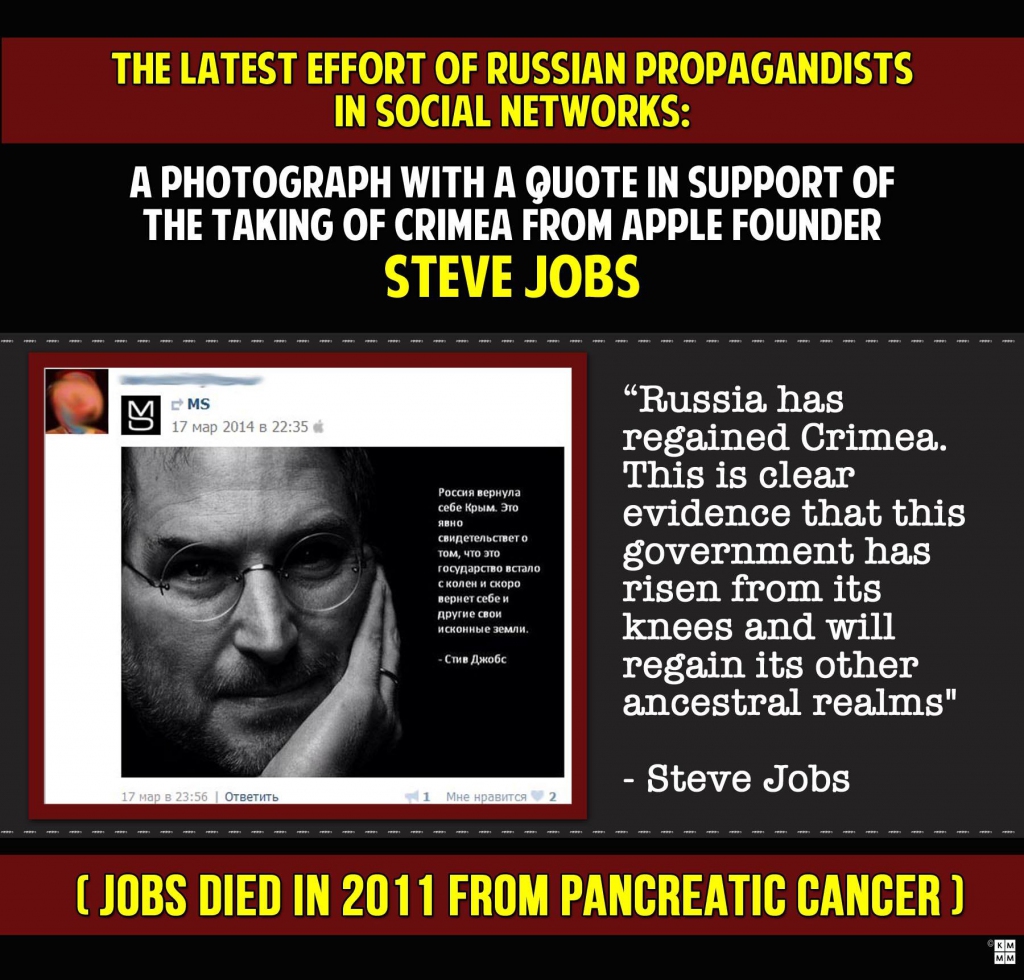 One of propagandists in social network VKontakte made “meme” in which he quotes Steve Jobs: “Russia has regained Crimea. This is clear evidence that this government has risen from its knees and will regain its other ancestral realms”.

By the way, delusions about “rising from knees” and regaining mythical “ancestral territories” are quite popular in Russia, especially with Russian neo-nazi groups.