Here is an info-graphic of extremism in Ukraine for April 22, 2014. The map shows different regions under different levels of threat. 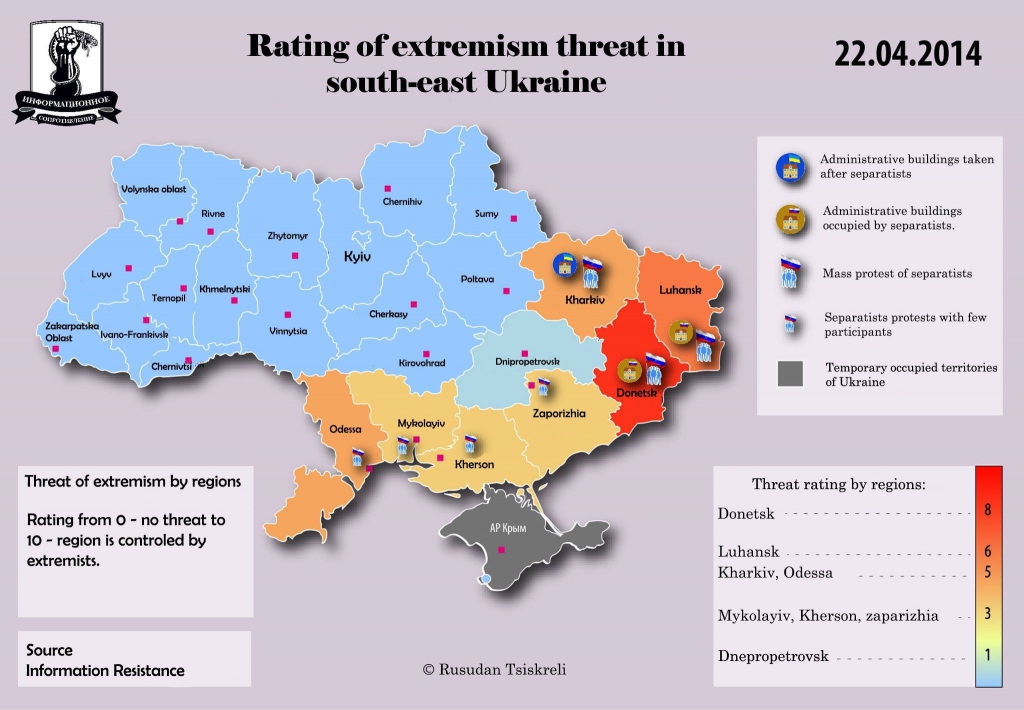 The map shows threat levels for different regions. Click for a larger picture.

As you can see, levels of threat varies throughout the regions: