As most of you already know, two bodies were found on April 19th near city of Slavyansk, in the river of Seversky Donets. One of the bodies was identified as Vladimir Rybak, a municipal member of Gorlovka, and part of Batkivshchyna political party. (Please note: not an ex-chairman of Rada, just a namesake.)
Because of these killings, Ukrainian government has decided to deactivate and even intensify the Anti Terrorist Operation. 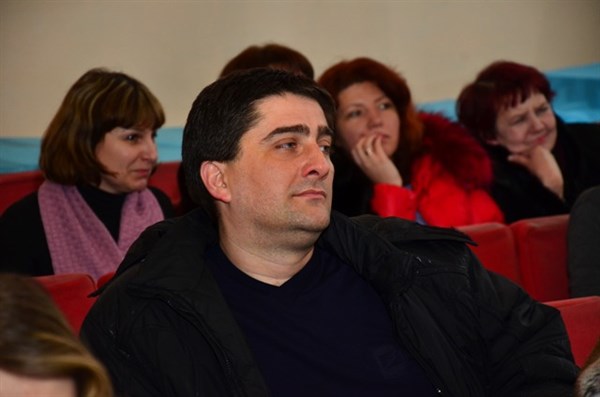 Many torture marks by knifes and burning were found on both bodies. According to the Law enforcement, there are two witnesses claiming that torture was carried out in one of the buildings controlled  by the Russian saboteurs, in the city of Slavyansk. During the tortures buildings were guarded by same little green men, i.e., insurgent Russian GRU units.

At least one US journalist is currently missing in Slavyansk, suspected kidnapping.

Vladimir Rybak was kidnapped on 17th of April after a verbal confrontation with mutineers in Gorlovka. Confrontation happened right after a rally for Ukrainian unity, when Vladimir Rybak, a member of the municipality tried to enter the municipal building. According to eyewitnesses reports police were present but did not intervene.

Vladimir Rybak was known in Gorlovka for speaking his mind and not being scared to tell other politicians off.