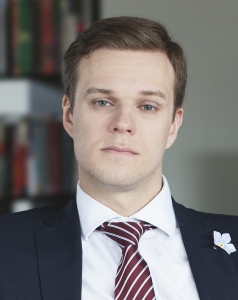 In the 2nd century B.C. Cato the Elder, veteran of the Punic Wars, was aware of the rapidly rising Carthage and was trying to convince other romans to do the ultimate trip to Africa.

To emphasize the importance of defeating Carthage, Cato used the phrase “Carthago delenda est” (English: “Carthage must be destroyed”) to finish most of his speeches.

Maybe it is not be absolutely correct to use this phase straightforwardly for today’s situation but based on the idea of the Roman senator, I declare that Russia must be defeated – stopped by force because it is not going to stop and its aggression is going to continue.

Politicians and analysts are discussing about possible scenarios of conflict between Russia and Ukraine. Both scenarios, one where Russia falls back and starts negotiations, or the one where part of Eastern Ukraine will be annexed by Russia, are essentially the same. Russia’s history and its imperial logic dictates one thing – Russia’s expansion goes on until it is stopped by some natural barriers or geopolitical forces. Russia was always focused on expansion, e.g. the Second partition of Polish–Lithuanian Commonwealth, Stalin’s plans to march to Pyrenees, etc.

Current government in Russia, that considers the collapse of Soviet Union as a geopolitical catastrophe, is thinking about Russia in the same way – Russia must expand its territory. In the Western world we were to believe that after Cold War history of this kind is over. Unfortunately, occupation of parts of Georgia in 2008, was a cold shower for this belief. And those that were not convinced that Russia has serious plans to expand its territory, annexation of Crimea was a crystal clear proof that they were wrong.

Illusion of the End of History and Last Man by Francis Fukuyama was offering an opinion that the era of the conventional war is over – there will be no more territorial attacks, no front lines, declarations of war, ceasefires, and defeats. The end of the Cold War created an interesting situation where the winner was obvious – there were no doubts that USA was the winner, but there were no loser declared. Modern world, guided by the dogmatic idealism, decided that it is not fair to humiliate the loser, it would be wrong to force him to sign the act of peace treaty, or to force to recognize its criminal past and crimes against humanity.

This was a paradoxical situation in which the loser was not a loser. The closest comparison would be with Germany after WWI. This Germany was humiliated but it was not defeated. It was the key which let Hitler to spread the revenge ideology: Germany was never defeated, because such great force as Kaiser Germany cannot be defeated, and only temporal weakness was the reason for the humiliation. Isn’t it the same basic idea behind Putin’s claims on Yeltsin’s government? Yeltsin was weak therefore the mighty Russia was humiliated and had the economic chaos, etc. There are way more similarities between nazi Germany and Putin’s Russia.

There is a good reason why winners of WWII in 1945 didn’t want to take risks – all Germany was divided into 4 parts. Its capital Berlin was also divided into 4 parts. USA, Great Britain, and France didn’t want any compromises – total disarmament, Nuremberg trials, and division of the country were executed to make sure that there will be no debates on who have won the war. And only when winners decide that Germany is ready, the sovereignty will be returned.

I had a neighbor whose father was nazi soldier and after the war was sent to prison. Today this man is one of many german seniors living in Southern Germany. My neighbor told me that talking about his father is very painful because it forces to feel the shame and guilt. The man also said that it is hard for him to understand motives behind German citizens that were following Hitlers, and therefore killed millions. Nowadays, Germans are very peaceful, therefore completely different from Germans that were cheering Hitler in 1938.

Can we expect such a story from a russian person, when 50% of russians are supporting sending troops not only to Ukraine but also to Baltic states? In my opinion, “soft measures” taken against Russia will only give the feeling for russian people that someone is not completely fair with them. A common russian person who is strongly affected by governmental propaganda has an idea that Russia  was only giving a helping hand for Russian speaking people in Crimea, and was punished without a reason. He thinks that Russia needs to defend itself and to prove that Russia is strong and Western countries need to show some respect.

Unfortunately, history is still here and it’s not going anywhere. This is an era of realpolitik and geopolitics. Therefore, Russia must be defeated, otherwise it is not going to stop itself. If it is not stopped in Crimea, then it must be stopped in Eastern Ukraine or Transnistria, or Baltic states, or Poland, or… Sooner or later Russia will be forced to recognize the defeat and to face the reality. Defeat for Russia is going to be extremely painful – loss of territories, trials for the elite, confiscation of property, maybe even the collapse of the whole country. But only then we’ll be able to talk about the real Russian Spring.

Russia must be stopped for its own good. If Cato’s call seems too old, we can remember George Kennan. His policy on Russia finally was accepted as the right one. He was stating that “soviet force has no concrete plans and it takes no risks. It is not using arguments but it obeys logic of power. Due to this reason it falls back and frequently does it when faces serious resistance.” Now we, the Western world, need to follow Kennan idea, we need to enforce an effective strategy against Russia that would lead to the essential renewal of its mindset.